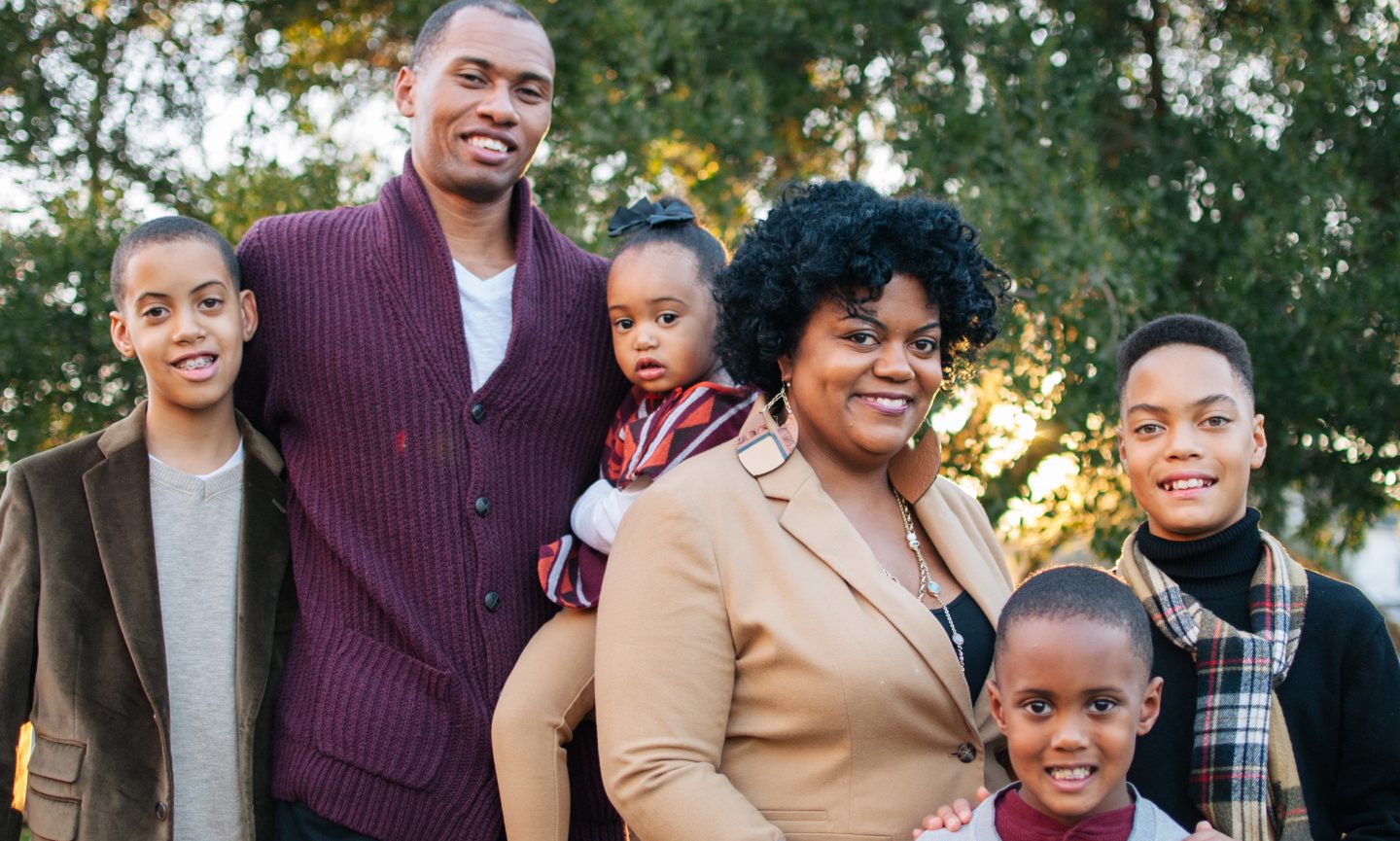 “Like arrows in the hands of a warrior are children born in one’s youth.” Psalm 127:4

Meet the ones who love me, stretch me and help me to grow.

Brandon, a.k.a. My Baby Daddy; My Boo. I’m not sure if there’s a man alive who’s as strong as my husband. I mean, he’s married to me, and you’d have to be ‘Teflon Don’ to be married to me for almost 15 years. LOL! All jokes aside, he has ultimately been to me what Christ is to His Church. Even those times when   IT’S HIS FAULT, I know it’s never in his heart to hurt, and that makes the difference. His love for God is what has anchored him to be the great man, husband and father he is, even when it wasn’t easy. He’s a minister, a writer, a singer, and a basketball lover and star. He’s just an all-around great guy!

Aidan is our oldest and “trial run” child. He came to us at 32 wks. gestation, A WEEK AFTER MY BABY SHOWER WHILE OUT OF TOWN. Boy, was that a heck of time! Thank God, he’s a healthy, active, yet quiet boy, who leads his siblings with integrity and is a great friend to everyone he meets. He LOVES playing and watching basketball, particularly Stephen Curry and the Golden State Warriors. He also loves playing video games and watching anything with superheroes.

Gabriel is our second son, also born at 32 wks. gestation. He is the child that stretches me to come out of my comfy parenting box, probably because he’s A LOT like me. LOL! He’s one that fights for justice in every situation, and tries to see the good in others. He likes to be joined to Aidan “at the hip”, but will never admit it. He LOVES all things science and Sci-Fi, and he has a very vivid imagination. I believe it’s his vivid imagination that makes him one of the best children’s writers I know.

Benjamin is our third son, and he came during a time when I’d been healed of what I call a, ‘Mommy Identity Crisis’. He, too, came early…by just a month, but was still almost 8 lbs. People have always been drawn to Benjamin for his loveable-ness; he’s sort of a gentle giant. He has a great sense of humor, and loves to entertain us with jokes that he creates, which he gets better at every day. He’s very smart, and he carries the “baby notion”, in the birth order process, which is…’The rules don’t apply to me.’, except he’s still respectful and not a brat.

Isabella, Isabella, Isabella…Oh my goodness! Isabella is my “promise girl”. God showed me early on that I would have a girl, so I was confused each time my sonogram revealed “boy”. She is such a sweet girl who God uses to give us lots of new experiences. From putting food in the bathtub and fingernail polish on our new flooring, to comforting Benjamin when he cries and giving us big hugs and kisses, she is a well-rounded toddler. She LOVES doll babies, and “cooking” in her kiddie kitchen. She loves to wrestle and walk in heels, and is TOTALLY doted upon by the four males in our house. They’re her protectors, and apparently her servants, but they wouldn’t have it any other way.