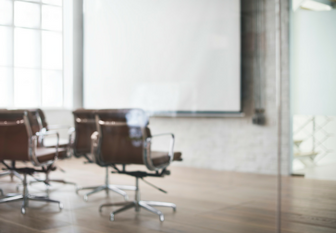 We were recently asked by one of my oldest son’s mentors about how Brandon and I met. We are always asked this question, and usually Brandon brings up the infamous part of our story where I ALLEGEDLY stalked him before we became friends. Don’t ask… another topic for another day! LOLOL!! 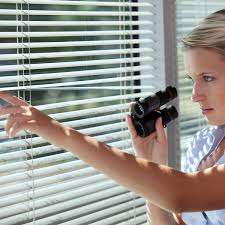 Although we had run through our story many times, this, however, was the first time I recall ever telling it in front of our children. I was a little reluctant, because as many of you may know, I’m a fast talker, so I was afraid that I’d slip and say something too adult-ish and taboo. I grew even more hesitant with my words as I saw they were as engrossed in our story as someone’s auntie and grandma watching an episode of the ‘Young and the Restless’. LOL! After giving our brief, edited version, I ended by telling his mentor,

“Brandon and I were supposed to be negative “statistics”.”

See, Brandon and I grew up in the 80’s and 90’s in two VERY different parts of the country. My environment was full of drugs, violence, and believe it or not, a great sense of love and a great sense of community. Although his environment wasn’t as intense as mine, it still had its challenges. Despite our surroundings in our youth, God seemed to have lifted us above it all. As we said “yes” to God at young ages, He took us from “trending” to trendsetters and from followers to influencers…but not without a cost! (I’ll get into that on another post.)

As our little family began to grow, we saw more than ever how God was using both of us to help change things in each of our family line. By transforming our lives, he began breaking negative statistics and stereotypes in our family. It wasn’t until I became good and grown that I began to see how certain relatives of mine possessed amazing gifts and talents, but they either didn’t understand what they had, or they simply laid down their gifts.

Thankfully, God has a way of using us to pick up gifts, talents, opportunities, and mantles, if you will, that our loved ones have laid down. Sometimes, we even get to pick up AGAIN what WE once laid down at some point.

HE’S NOT A WASTEFUL GOD!! 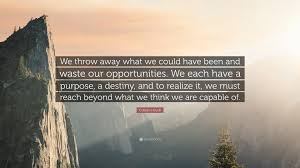 I believe when whatever He has for a (family/generational line) gets forsaken, he just lets it pile up for the next person who’ll receive it. We even see it throughout the scriptures with the nation of Israel.

God always causes the blessings of God that lies on a family to chase many members of that family line, hoping His blessing will be well received.

Despite Him chasing me down with His goodness, I’ve forfeited a lot of what He’s given me, and much of it certainly wasn’t well received on my part. See, everything God gives is GOOD, and none of it belongs in the hands of the enemy. So, for those things that I can’t get back, I’m teaching my children to take it up. AND, if they don’t want it, then I want my little cousins to have it. I just don’t want it wasted; I’ve already wasted enough. Sigh….

In the end, I’m glad I got past the apprehension that came with telling my sons the mature nature of our past, because while doing so we revealed the power of a God who is alive, breaks barriers, and changes the course of our lives. They saw how He causes us to pioneer.

For everyone reading this, just by living, you were a negative statistic waiting to happen, but with the intervention and love of God, you in some way and form are trailblazing in an area of life that God has designed just for you. It may be hard to see, but it’s there. I want to leave you with this….

As long as we keep accepting what He’s trying to give us, we’ll always break records, statistics and stigmas that this world lays upon us.