Know His Pace, Know His Peace

About a week ago, I went to bed inwardly frustrated. I’d gotten fed up over not experiencing miracles and wonders the way I believe we can see them. I was looking for MORE of what I know we can have thru God’s kingdom in my life. I was well aware that I hadn’t positioned myself properly to receive much of what I wanted to see and knowing that frustrated me even more. I was mainly frustrated for not having answers to so many of my questions and somewhere deep inside I believed it would be super hard to get those answers from God.

Nevertheless, I asked for “more” right before going to sleep, because God has a long record of giving me direction and answers in my dreams and/or encounters. So, I went to “sleep” and somewhere in the middle of the night, a man’s voice (I presume an angel or God Himself) spoke words to my spirit man. It wasn’t an impression; it was audible. It was audible to my spirit, as they were clear words, but they weren’t audible to my ears (natural, physical hearing). The words went something like this:

“You have a house, but you keep visiting other houses and won’t stay put in your house.”

As I heard the conveyance of this, I saw a row of physical houses as on a monopoly board. The understanding came with the words, so I didn’t have to figure out what they meant. 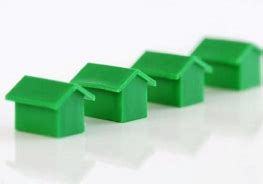 In short, the house represented me and my purpose, and the other houses represented all the things I’ve looked into doing/accomplishing. This isn’t to say that the other houses aren’t a part of my purpose, but His plan and pace for me NOW is to be focused on what’s in front of me. Needless to say that what was spoken was a huge response to my prayer that night.
I felt like He was basically telling me that my issue isn’t His hand, but it’s my lack of positioning myself with Him long enough to hear and know. Yes, I spend time in God’s manifest presence, but when you’re asking for jewels, you may have to wait longer than the week deadline you put on Him.

There are “good” things we are called to be and do, but the “needful” thing, as He said of Mary, was sitting at His feet and not being consumed with serving Him in ways He’s not requiring at that time, like Martha. Luke 10:38-41

In January, I did a 21-day fast from social media and I didn’t realize until in the middle of the fast of how much I’d increasingly grown dissatisfied with my life’s pace and timeline by seeing so many people breaking into their callings. Yes, I understand that everyone on social media isn’t happy. I know that some who have ministries may not even be saved. I know that some who are flexin’ are secretly broke. I also know that someone’s CEO status may not equal their character and integrity. Even still, while watching others’ processes, it can be easy to feel like you’re missing “it” and must speed up to do what (you think) God is calling you to do. 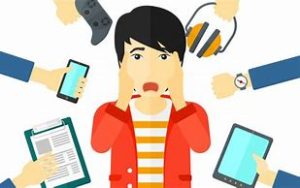 Going too fast and lagging are two ditches I know far too well. Most times I feel equally creative as I do analytical, so as my creative side gets barraged with millions of ideas, my analytical side is not just “counting the cost”, but also revving up my engine to get me into formation to complete those ideas. Then, as usual, God pulls me back like a momma who constantly pulls back their curious toddler from danger. By then, my peace is non-existent, and I find myself back at square one, which is SIMPLY ministering to Him.

Friends, we really do have to trust God for His pace over our lives. His timing is PERFECT, and it keeps us from prematurely releasing what He’s deposited in us. Some of us are called to go in some of the darkest places, scale some of the highest heights, and travel some of the deepest depths for Him, our Creator. If we’re to do ALLLADAT, then we MUST have something on the inside of us that’s been aging like the finest of cheeses and wines. 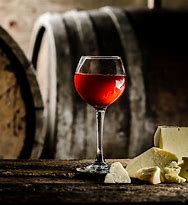 I believe that the safest place to be is in the will of God. To get ahead of Him and to lag behind Him are dangerous decisions, in that they compromise our well-being and future. If He’s telling you to speed up and finally DO what He’s told you to do, then DO IT! He’s your safe place and nothing shall by any means harm you. If He says you’re ready, then trust it. If He says you aren’t, then trust it. Sometimes WE are ready, but there are other things He has yet to put in place, so just be still.

In the end, you’re running the race for Him, so the pace He has for you to run is for His pleasure. There are people waiting for you to release what you have, but not a moment too soon or a moment too late.