They Were Worth It (A Birthday Tribute to Gabriel) 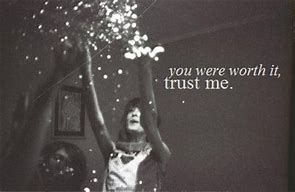 They Were Worth It! (Birthday Tribute to Gabriel)

Having children was the second most intense process God used to annihilate my deceptive narrative of “life will obey my every command”. Outside of the normal trials and tribulations in my single years, marriage (the most intense) came along and kept crushing every bit of my flesh that refused to die. I’d argue that I seem to have some of THEE most resurrecting flesh on earth.

First of all, before I had children, God showed me a girl. So, when I found out I was pregnant with Aidan, I was like, ‘Okay, God didn’t say when I’d get the girl, so I’ll take him.’ Such unintentional arrogance, right? LOL! Then, when I found out I was having another boy, Gabriel, I was like, “Hol up, God! Twooooo boys??” So, I decided to accept it, you know, since I’m not God, the Creator of all mankind, and I couldn’t do anything about it anyway. Sooooo, I decided to LET IT GO!!

The doctor saw that I was in jeopardy of losing Gabriel, just as I was with Aidan, so he put me on hospital bedrest. I had to leave my husband to raise our 2 ½ year old for two months, while he worked a full-time job and sent Aidan to a sweet woman who I’d RECENTLY met. They were worth it, so I decided to LET IT GO!!

The days were lonely and most often painful, (emotionally and physically). Ever been confined to a hospital bed when you actually have the complete usage of your body? I felt like I was in timeout. I completed 1000 piece puzzles from a wheelchair and I stared out the window to a courtyard that I couldn’t experience. I longed to smell and feel the air outside. But, they were worth it, so I decided to LET IT GO!!

Gabriel was breech, so every week they’d check to see if he’d turned around, but nope, he was still hemmed up in my side. OUCH!! Every day that he stayed in my womb was a blessing. It meant one more day to exist in the best environment for his survival. However, this breech position wasn’t good for neither of us. It meant we’d both go through the experience of my having him surgically removed. However, they were worth it, so I decided to LET IT GO!!

Still, even with all of the drugs they pumped into my body in hopes to keep him in my womb, God saw fit to birth him into this world two months earlier than his projected due date. 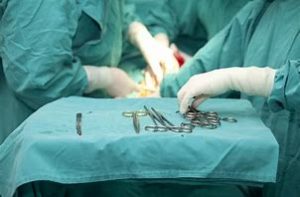 So, 13 years ago on 2/26 (today) I gave birth to my beautiful Gabriel who was preemie in weight, but not in length. At 22 inches and 32 weeks gestation, Gabriel was longer than most full-term babies, so you can see why I was usually in physical pain. He was born via c-section, as he remained in a breech position. I laughingly say that Gabriel showed us that he would do things his way from womb. Hahaha!

Today, that “preemie” stands 6ft. tall and only one inch shorter than dad. He’s a gentle giant with a weighty calling on his life. He’s very intelligent and loves learning new information and relaying that information as best as possible. He’s a prophetic intercessor with lots of mercy, mixed with a huge sense of justice, so I’ve been trying to teach him how not to mistake other people’s burdens as his own, but to take them to Jesus’ feet. It ain’t easy! He and I are a lot alike in many ways, which can be challenging for me and I’m sure for him too. I’m learning to trust God for him (Gabe) and his design, understanding that I don’t have to have him figured out. Amen, walls! LOLOL! He’s my green/grey eyed blessing, my favorite 2nd born son, and God’s mouth and hands. 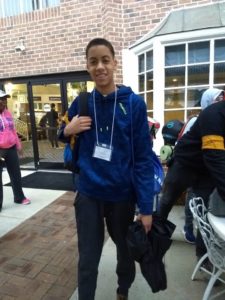 Will you pray and agree with me?

It is my prayer that as he didn’t turn to fit the more normal birthing process, he will never turn to fit this world system’s standards or anything it offers…

I pray that the Father will always safely deliver him out every dire situation that surrounds him, just like he did as when my pregnancy with him looked to be dire…

I pray that he will seek to daily lay down his life for the One who laid down His life for him once and for all. LET HIM BE WRECKED FOR YOU, JESUS!…

I’m praying that I will continue learning to LET GO when it pertains to his life, because in the end HE AND GOD ARE WORTH IT!!