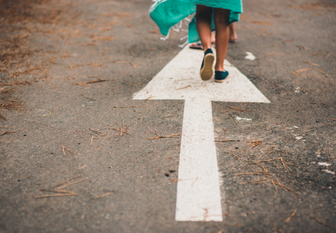 Last week, I posted on Facebook about a dream I had where I was in China and then I was in some country in Europe. Usually, my dreams about Europe consist of my family and I doing some type of ministry in certain European countries, and even living in some of them. Unlike the former dreams, I don’t know exactly what I was doing in this recent dream, except that at some point I was with a group of women who were “on the move”, but it’s what happened at the end of this dream that gave me an “MmmmmHmmmm moment”.

A Portion of the Dream…

At the end of this dream, I was walking up a street that’s located Baltimore City (Eastside), which is where I’m from, and a group of people were sitting outside. A woman from the group attacked me from behind to fight me. I turned around with an apparent supernatural strength and grabbed the girl by her shoulders and neck, repeatedly slamming her body against the concrete like she was a toy figure; I didn’t stop until she was lifeless. After that, I heard an audible voice say, and saw the word, “INTERNATIONAL”, written before my eyes. Then, I woke up. I woke up from this dream on March 8th, and moments later learned that it was International Women’s Day (in real life).

Immediately, I knew God was speaking to me through this dream!

Personally, I was thankful that God was affirming more of my call to the Nations. Relationally, I felt it was for other women, as well. *See Interpretation*

The Interpretation: God is aligning and synchronizing His call on our lives, particularly women, with some of the natural events in this present world. Just as Jesus spoke to the disciples about the signs of the times and aligned it with weather and crop patterns, I believe He’s doing it with us, just as he always has. I believe the woman who attacked me from behind represents our pasts (what’s behind) trying to overtake us. The attacks have and sometimes will originate from our “hometowns”, which represents our beginnings/childhood.

As brutal as my fight was with my tormenting “past”, I’m encouraged to know that He’ll give us supernatural strength (spiritual authority) to defeat it until it has NO LIFE!

There is so much revelation that can be pulled from this dream, but I want discuss what I wrote in the FB post. In my post, I mentioned how we’re in a pivotal time where it is advantageous for us to be tuned into what the Father is saying to us in this hour.

Outside of the sovereignty of God causing us to hear under any circumstance, the effectiveness of our hearing and/or sensing God’s will and purpose for our lives in this hour is largely contingent upon how much we’re aligned with Him and His will. His empowering presence and grace aids us in the alignment process, and for what He’s calling us into.
He’s calling women to a place of preparedness for what’s to come. He’s awakening us through dreams, visions, and true experiences that we would normally call coincidences.

Women… like ME… who at times feels overcome by fear.

Women… like ME… who at times doesn’t give her husband the utmost respect and honor he deserves.

Women… like ME… who at times can be led by her insecurities on one day, and then pride on another.

Women… like ME… who sometimes picks up her phone to hop on Facebook before pulling out her Bible and/or praying. OUCH!!

Women… like ME… who has many issues, but still shows up with a heart that’s ready to give her all to Him.

Women… like YOU… who show up as best as you can, living the best life you know to live, trying to pour out what’s in your alabaster box.

Women… like US… who use our God-given spiritual authority to take every entity that comes to torment us about our pasts, and render that tormentor LIFELESS!